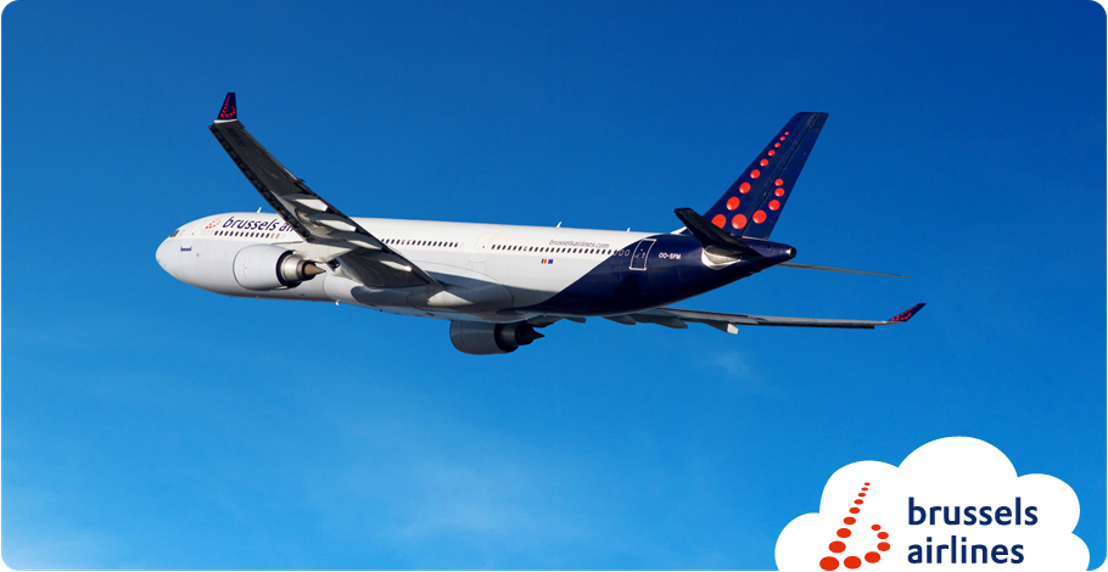 In 2017, despite a challenging market environment, Brussels Airlines continued on its growth path of the last years, booking a positive result for the 3rd consecutive year.  Brussels Airlines’ seat capacity increased by 11% versus 2016, especially on the European network, following the phase-out of the AVRO RJ100 fleet (100 seater) and its partial replacement by bigger Airbus A319/320 (140/180 seats). The increased capacity on the long-haul sector was realized thanks to the addition of an Airbus A330, which was mainly deployed on the new Mumbai route.

The European network - The integration in Belgium of the Thomas Cook Airlines activities and two of its Aribus A320 aircraft, allowed Brussels Airlines to reinforce its position in the important leisure segment. The closer cooperation with tour operator Thomas Cook Belgium allowed Brussels Airlines to add 26 new destinations to its existing leisure network and to further improve its productivity. The integration will increase Brussels Airlines’ customer base by a further one million guests, contributing substantially to the profitability of the highly competitive European network.

By increasing the seat capacity on the European network and, as a consequence, growing the passenger numbers, Brussels Airlines was able to increase its market share. This created an important pressure on the yield, however, which was further reinforced by the capacity increase related to the fleet alignment towards the A320 family in a market that was still in a recovery phase after the March 22nd terrorist attack, impacting the profitability in the early months of 2017. As a consequence, the full profit effect of the up-gauge from Avro to Airbus will hence only by visible as of 2018, as already visible in the financial results of the two first months of 2018.

The African continent - With a very strong performance, despite some political crises, Africa remained the strong-hold of Brussels Airlines in 2017. For the first time ever, the airline surpassed the one million passenger mark on the African network, corresponding to an increase of 14.0% and resulting in an average seat load factor of 87%, a record for Brussels Airlines. Brussels remains a real hub for African passengers, with 65% of passengers connecting to a Brussels Airlines destination in Europe or the US. The Cargo activities of the airline contributed to the positive results on Africa.

US & Canada - On the North Atlantic sector, Brussels Airlines focused on the performance  of its three destinations New York, Washington and Toronto. During the first semester of 2017, the traffic from the US to Belgium still suffered from the terror level 3, impacting travel from the US to and via Belgium. It’s only in the second semester that the traffic started to recover. Overall passenger number grew by 13.7%.

Brussels Airlines expects a further improvement of the North Atlantic performance thanks to the recently signed sales agreement with the Lufthansa Group.

Newcomer India - Launched in April last year, Brussels Airlines’ first Asian destination Mumbai reached an average seat load factor of 75% and financials are in line with the business plan. India is an important economic partner for Belgium with, at the same time, a substantial leisure potential.

The first two months of this year show a positive trend in terms of passenger volumes and revenues – even though the pressure on the yield remains very high. With a passenger growth of 15% and 16.5% in respectively January and February, Brussels Airlines could further reinforce its market position. The overall costs per seat are also lower than during the same period last year – especially thanks to the first results of the investments done in 2017.

Thanks to its no-compromise positioning, Brussels Airlines combines competitive all-flexible fares with  the highest service quality. With yearly changing Belgian Star Chefs, its wide offer of Belgian food and drinks and the six Belgian Icons, Brussels Airlines is acting as a real ambassador of its country, bringing the world to Belgium and the best of Belgium to the world.