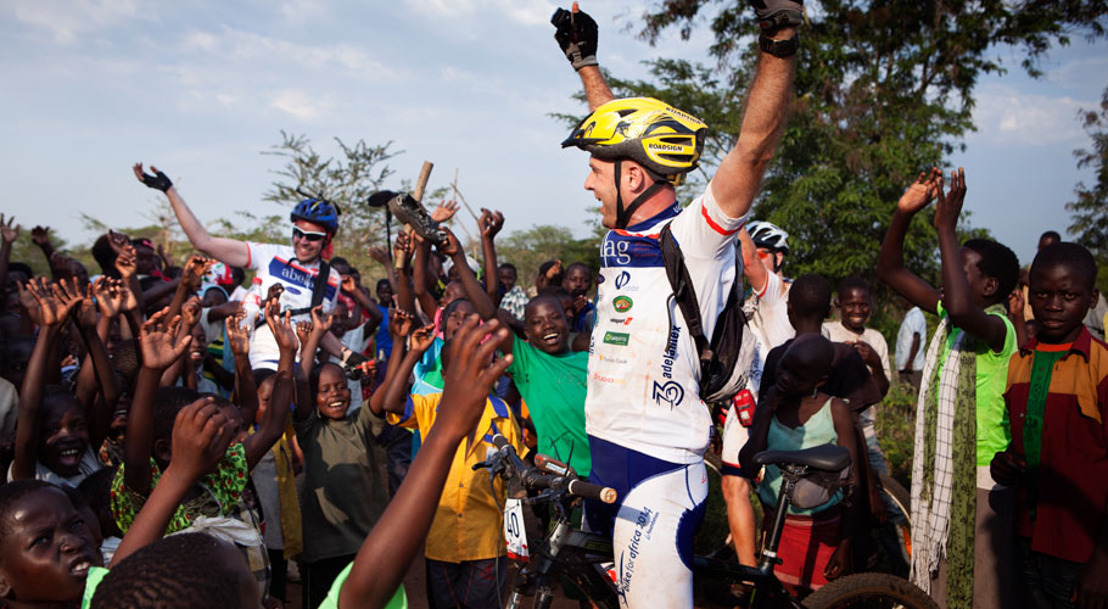 Brussels Airlines deliberately chose West Africa as the playing field for Bike For Africa this year this year to once again shed light on the Africa is not Ebola initiative, launched by the airline to help rebuild Africa’s reputation after the Ebola epidemic. Brussels Airlines was the only European airline that continued flying to the three concerned West-African countries during the Ebola epidemic.

The mountain bike tour was first organized in 2011 in Rwanda and Burundi, when the airline’s employees and Belgian companies raised €93.000 for SOS Children’s Villages. Two years later, the team followed into the footsteps of Stanley in Uganda. Bike For Africa raised €140.000 for the CoRSU Hospital in Kampala and the United Fund for Belgium that year. This time, Brussels Airlines wants to raise €150.000 for three different organizations in The Gambia, Senegal and in Belgium. Read more about these humanitarian projects.

40 Brussels Airlines employees will participate in this third edition, together with 18 Belgian CEO’s, including Bernard Gustin of Brussels Airlines, Gilles Samyn from International Duty Free and Tom Vande Cruys of Lampiris, and personalities Tom Lenaerts and Piet Goddaer (Ozark Henry). Bike for Africa is organized within the context of b.foundation for Africa, the Corporate Social Responsibility program founded by Brussels Airlines in 2010. With this program the airline supports numerous NGO’s and humanitarian projects that share the same passion for Africa.

“We have a strong connection to Africa, it holds a special place in our hearts. That is why we have never discontinued our flights to the Ebola stricken countries and why we have started the “Africa Is Not Ebola” awareness campaign, through which we want to make the world see that this fantastic continent has so much to offer both economically as well as in terms of tourism. Bike For Africa was created as a teambuilding to actually discover Africa from another point of view and to support local projects,” says Bernard Gustin, CEO of Brussels Airlines

Discover the complete programme of Bike For Africa

The list of CEO's and managers participating to Bike For Africa: