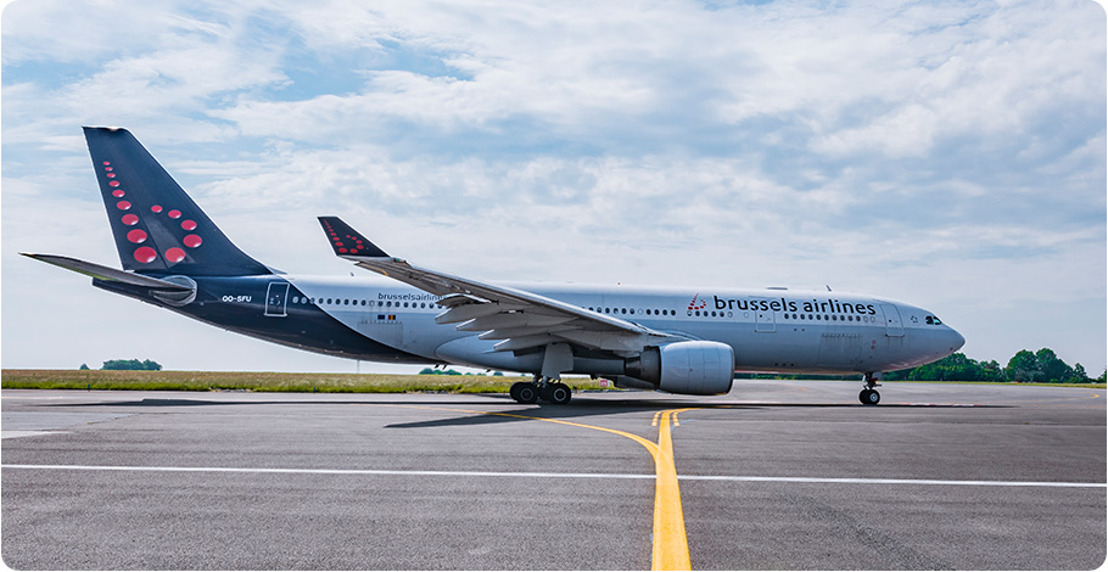 With the new long-haul aircraft, Brussels Airlines will be able to offer its customers even more comfort, with quieter, more efficient and environmentally friendlier planes. Besides new aircraft, the airline is also investing in an entirely new cabin interior for all three travel classes, providing guests an even higher on-board comfort and a best-in-class travel experience on all intercontinental flights to Africa and the North Atlantic.

After a comprehensive study where Brussels Airlines and Lufthansa looked at the current and future intercontinental network of the Brussels based airline, as well as at its capacity need for both passengers and cargo and the available aircraft on the market, it was decided last year to go for A330-300 CEO series. From an economic and operational point of view, this aircraft type is the best fit for Brussels Airlines as it brings many benefits such as a significantly higher range than its current Airbus A330 fleet and a higher maximum take-off weight offering more freight capacity.

While Brussels Airlines is currently flying with different engine types, the ‘CEO’ aircraft will all be equipped with Rolls Royce Trent 700 engines. This engine type that consumes less fuel and emits less noise and CO2, is already in use at several other airlines of the Lufthansa Group. Also for the Brussels Airlines Maintenance & Engineering Department, this harmonization and standardization is of an added value as it significantly reduces the complexity.

The replacement of seven of its ten A330 aircraft is the most substantial investment made in the 16-year long history of Brussels Airlines. In addition, it’s the first time ever that the airline operates its long-haul flights with aircraft that are owned by the Lufthansa Group and not leased.

The very first A330 with tail number OO-SFN successfully left the Brussels Airlines fleet last November 13th. In December, the phase out of OO-SFM is planned, followed by OO-SFO, OO-SFY, OO-SFV, OO-SFW and OO-SFU in the course of 2019 and 2020. The first two new aircraft OO-SFC and OO-SFB have started their operations in June. The refleet program will gradually take place in the months to come and will be finalized by the beginning of 2020.

Brussels Airlines is Belgium's national airline, connecting the capital of Europe to more than 80 destinations, whereof 17 in Sub-Saharan Africa, the continent Brussels Airlines considers its second home. Moreover, Brussels Airlines offers 65 destinations in Europe, 3 in North America and Tel Aviv. The company has over 4,000 employees and 48 aircraft operating some 250 flights daily, flying more than 10 million passengers a year to, via and from Brussels Airport. Thanks to its no-compromise positioning, Brussels Airlines combines competitive fares with the highest service quality.  With yearly changing Belgian Star Chefs, its wide offer of Belgian food and drinks and the six Belgian Icons, Brussels Airlines is an ambassador of its country, bringing the world to Belgium and the best of Belgium to the world.

Brussels Airlines is part of the Lufthansa Group and is a member of Star Alliance. The company was founded in 2002 and is 100% owned by Deutsche Lufthansa AG.