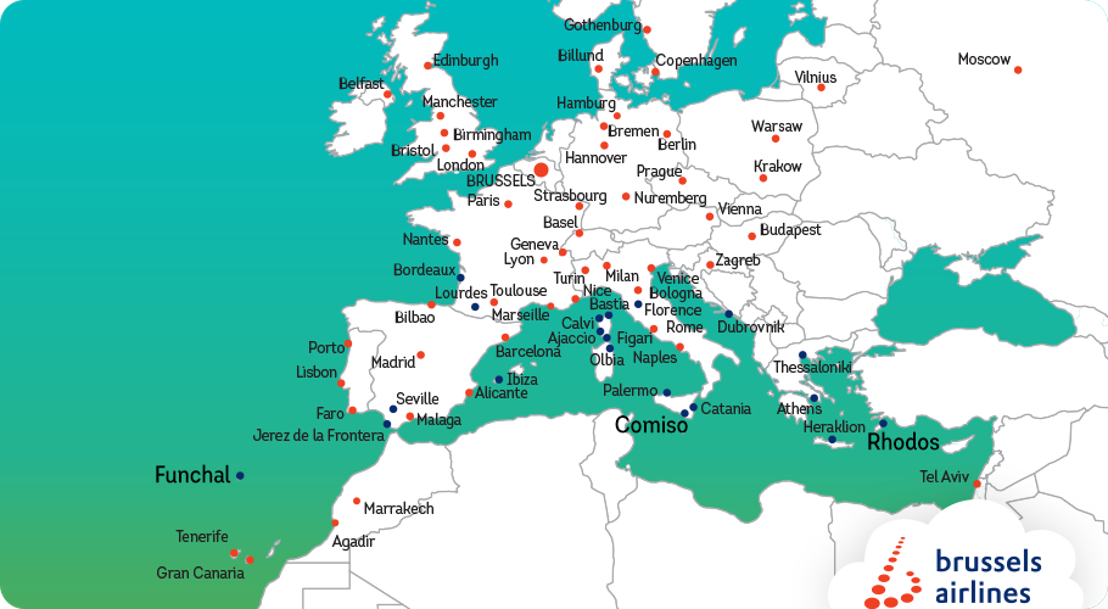 Comiso is the gateway to the south of Sicily and is the third airport Brussels Airlines will serve on the Italian island, next to Palermo and Catania.

The Belgian traveler opted for Italy more than ever before this summer. In its bookings for Italy, tour operator Thomas Cook registered an increase of 7% compared to 2015, and this trend will continue in the coming years. That’s why Thomas Cook and Brussels Airlines expand their offer to Italian destinations and offers Belgian holidaymakers the opportunity to discover Comiso.

“The strategic partnership with Brussels Airlines enables us to respond to the increasing demand from the Belgian holidaymakers to travel to the south of Italy. With Comiso we add a beautiful new holiday region to our offer. From our new hotels Sentido, Acacia Marina Sicily and the Athena Resort, all just 30 minutes from the airport, and fine sandy beaches of Sicily are within easy reach of our travelers."

Last spring, Brussels Airlines successfully launched Toronto. During the winter season, the airline will operate 4 weekly flights between Toronto and Brussels that offer smooth connections to African and European destinations. Toronto is also perfect to travel onwards to the Canadian of American West coast.

Winter season
Brussels Airlines also has good news for those who want to travel to the African sun. From the 4 weekly flights to Banjul (with a short stop in Dakar), a direct flight will be offered on Friday between December and February, which results in double capacity on that flight.

The daily flights to Senegal also continue, with higher capacity on Fridays from December to February, due to the direct flight to Banjul on that day.

On the African East coast Brussels Airlines also increases its presence with an additional flight frequency to Kigali (Rwanda) and Entebbe (Uganda).

From end of March 2017 Abidjan will be served daily instead of 6 days a week.
Accra will get 5 instead of 4 weekly direct flights and the schedule is further optimized for shorter travel times to European and North American destinations via Brussels.

On 6 March 2017, Brussels Airlines starts flights to a new continent and flies 5 times weekly to Mumbai.