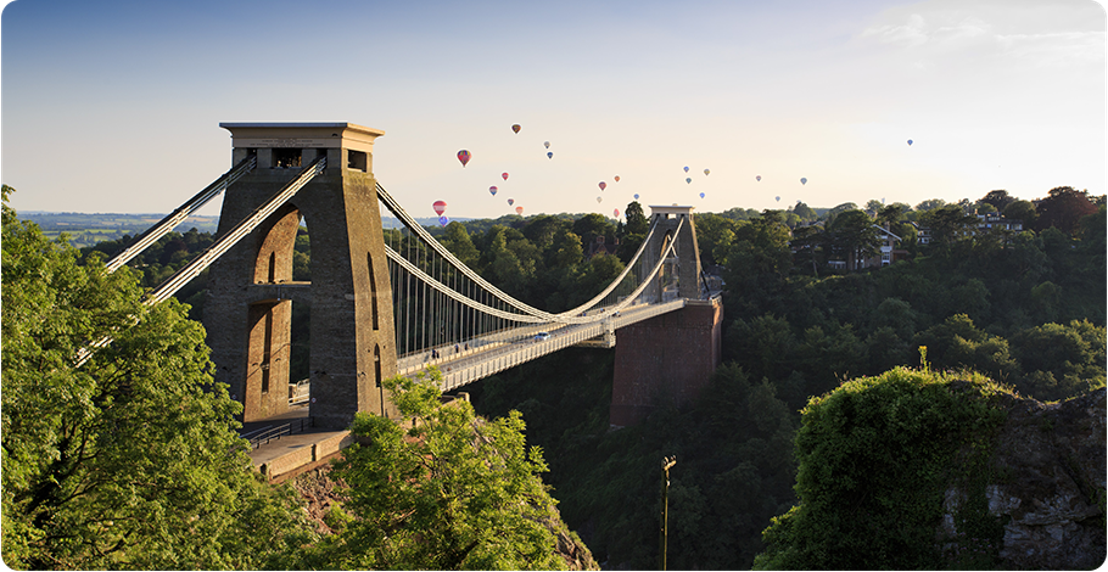 Both Hannover and Bristol are important routes in the airlines network for as well point-to-point passengers as for passengers connecting to one of the many other Brussels Airlines destinations. As from the start of September, Brussels Airlines will connect Brussels with Bristol and Hannover 5 times a week. As from October 27 the airline will increase its flight frequencies to Bristol to 12 times weekly and to Hannover to 6 times a week.

With a great number of museums, theatres, live music gigs and the quantity of street art, Bristol is an artistic city at heart. As it is home to some of the most significant people in the history of motion picture, Bristol was designated City of Film by UNESCO in 2017. Next to an established centre for creative innovation, the city is also an attractive leisure destination thanks to its rich heritage and many attractions. Must-sees are the Clifton Suspension Bridge and the ever-evolving street art scene with some of Banksy’s earliest work to be spotted around the city.

Next to its creative and media industry, Bristol is also famous for its expertise in aerospace, with a big airbus facility in Filton, close to the city. Therefore, the reopened route between Bristol and Brussels also offers a connection between Bristol’s airbus facility and those of Toulouse and Hamburg. The relaunch of the Bristol route responds to the availability for such a connection as multiple airlines ceased their operations to Bristol since the bankruptcy of FlyBMI in February 2019. Brussels Airlines is the first Lufthansa Group airline to restart the route.

Hanover is the capital of the German state of Lower Saxony, a fascinating, charming, yet underrated city situated at the confluence of the River Leine and its tributary Ihme. It offers numerous impressive parks and leafy oases, with the Royal Gardens of Herrenhausen and the treasured Eilenriede forest stretching into the city centre as the most famous ones. Hannover carries the reputation of being a warm-hearted host; it gathers thousands of trade fair visitors and is a home to many events, bringing international attention.

Flight schedule Bristol as from October 27

Flight schedule Hannover as from October 27