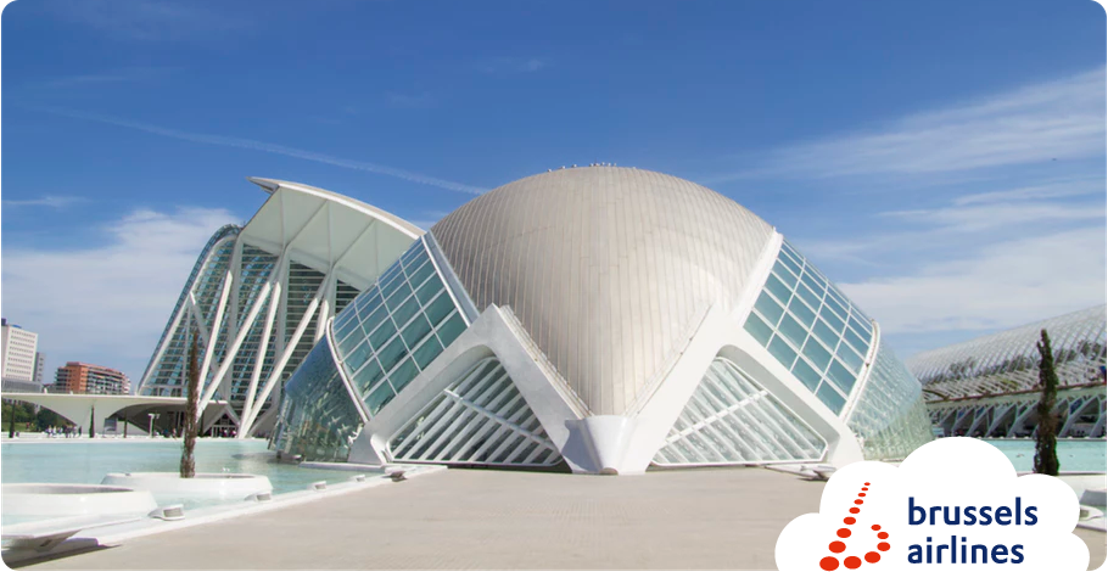 Valencia is the third largest city in Spain after Madrid and Barcelona and one of the biggest point-to-point markets out of Brussels currently unserved by Brussels Airlines. As of February next year, Brussels Airlines will start a four weekly service to the port city on Spain’s southeastern coast, flying on Monday, Wednesday, Friday and Sunday. It is the 17th city Brussels Airlines serves in Spain, which remains a very popular holiday destination for Belgians.

Valencia is mostly known for its heritage of ancient monuments, views and cultural attractions, making it one of Spain’s most popular tourist destinations. With Brussels Airlines opening the Valencia route, all airlines of the Lufthansa Group are now represented in the Spanish city.

Brussels Airlines will operate A319 and A320 aircraft on the Valencia route.
Tickets are available on brusselsairlines.com and via travel agencies as from today.