Following the success of last year’s collaboration and the growing demand from overseas, this year Tomorrowland and Brussels Airlines offered travel packages to Tomorrowland under the name Global Journey. The 13,000 Global Journey packages which were offered sold out in a matter of hours. The demand from Tomorrowland fans in Australia was especially high: 2,336 Australians purchased a Global Journey package. No fewer than 140 flights operated by Brussels Airlines and Star Alliance partners have been scheduled to bring 8,000 festival-goers of 92 different nationalities from 67 departure cities across the globe to Brussels for the best dance festival in the world. There will be flights from every continent to Belgium, including from New York, Stockholm, Istanbul, Lisbon, Oslo, Moscow, Tel Aviv and Ibiza.

“We’re proud to have been able to expand our partnership with Tomorrowland even more this year. As the national airline, we are happy to associate our brand with this fantastic Belgian festival, by bringing so many different nationalities together at Tomorrowland,” says Christian Dumortier, Partnership Manager, Brussels Airlines.

At the festival, Brussels Airlines will once again take everyone for a spin in the air with the Cloud Rider, a 55-metre tall Ferris wheel guaranteeing the best views over the festival premises. Every Tomorrowland visitor is welcome to take a ride on the Cloud Rider and stand to win a round-the-world trip.

The festival starts on Friday 26 July at noon and ends on Sunday 28 July at midnight. The organisers expect 180,000 visitors and 35,000 Dreamville guests. Tomorrowland fans who have been unable to get their hands on a festival ticket will have the chance to enjoy Tomorrowland from home: the 170-strong Tomorrowland TV team will bring 7 hours of live television to the Tomorrowland YouTube channel every day of the festival. In addition, Tomorrowland Radio is a brand new concept with 12 hours of audio daily. 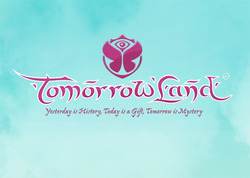