On board the Tomorrowland branded Airbus A330 were 220 Tomorrowland people who flew to Brussels to the beats of DJ Yves V and MC Shurukano. Over the course of the two following weekends, Brussels Airlines will fly 14,953 people to Belgium, on 113 party flights from 64 departure cities all over Europe, the US and Africa.  Another 2,600 people will fly to Belgium on Brussels Airlines partners Lufthansa, Thai and Air Canada.

From every continent festival-goers of 106 different nationalities fly to Belgium, including from New York, Stockholm, Barcelona, Oslo and Madrid. The demand for Global Journey package was especially high among UK youngsters: no less than 4084 UK residents are travelling to Tomorrowland on party flights.

“This is already the third edition of our partnership with Tomorrowland and again this year we were able to expand our flight offer for the Global Journey packages. As the national airline, we are happy that we can be an ambassador for this fantastic Belgian festival, by bringing so many different nationalities together at Tomorrowland,” says Christian Dumortier, Partnership Manager, Brussels Airlines.

The party flights from Frankfurt, Munich and Oslo to Brussels can be relived on the Brussels Airlines Facebook page or via the Twitter hashtag #tmlpartyflight

At the festival, Brussels Airlines will once again take everyone for a spin in the air with the Cloud Rider, a 55-metre tall Ferris wheel guaranteeing the best views over the festival premises. Every Tomorrowland visitor is welcome to take a ride on the Cloud Rider and stand to win a round-the-world trip. 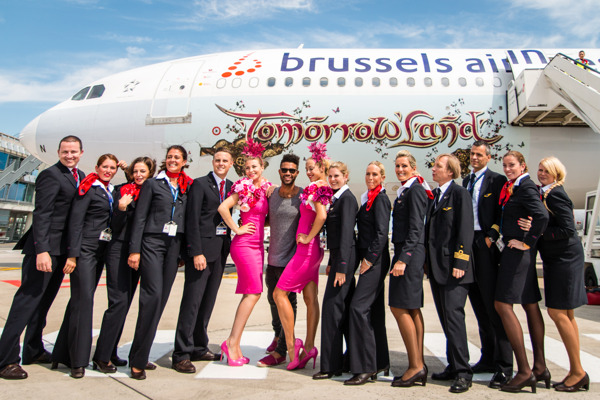