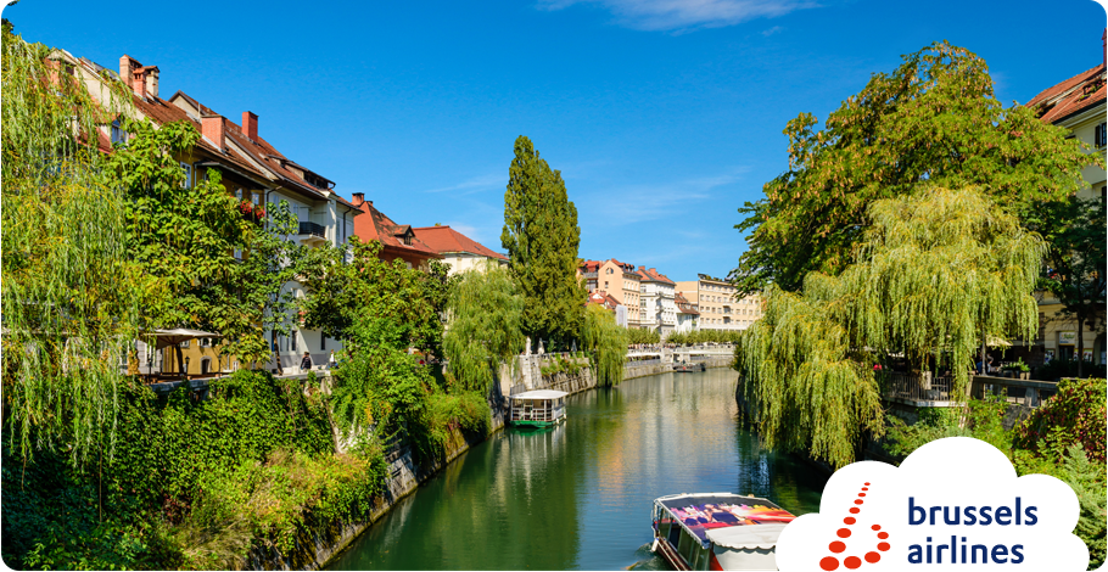 Brussels, 1st of October 2019 – Brussels Airlines expands its network with another European capital. As of November 4th, the Belgian airline will start operating flights between Brussels Airport and Ljubljana, Slovenia. The destination will be served 6 times weekly, to respond to leisure and business demand between the two EU capitals. Bookings open tomorrow, 2 October.

Ljubljana is Slovenia’s largest city, and is the 19th EU capital Brussels Airlines adds to its vast network. As of November 4th, the airline will offer 6 flights per week on the route. The flight schedule allows for connections with the rest of the Brussels Airlines network via Brussels Airport. Important connections are mainly Berlin, Copenhagen, Lisbon, London Heathrow, Madrid, Oslo and Tel Aviv.

Ljubljana is a creative city, where culture is the way of life. It hosts numerous festivals, from one of the oldest European summer festivals to well-established festivals of jazz, world music and street theater. Due to its strategic location in Europe, Slovenia is home to a very diverse and rich traditional cuisine that makes every foodie’s dreams come true. Must-do’s for foodies is one of the many food tours through the city or a visit to the Ljubljana Central Market

Slovenia's capital is one of Europe's greenest and most liveable capitals; it was the European Commission's Green Capital of Europe in 2016. Car traffic is restricted in the centre, leaving the leafy banks of the emerald-green Ljubljanica River, which flows through the city's heart, free for pedestrians and cyclists. In summer, cafes set up terrace seating along the river and Ljubljana's museums and restaurants are among the best in the country.

Ljubljana is also the perfect starting point for a tour through Slovenia, which is popular with hikers and nature lovers for its splendid lakes, caves and breathtaking nature.

Brussels Airlines will operate Airbus A319 on the route.
​Tickets are available on brusselsairlines.com and via travel agencies as from 2 October